The survey is an expert opinion survey based on reports by licensed real estate brokers, farm managers, appraisers, agricultural lenders, county assessors, and selected individuals considered to be knowledgeable of land market conditions. Respondents were asked to report for more than one county if they were knowledgeable about the land markets. The 2021 ISU Land Value Survey is based on 645 usable county-level land value estimates provided by 455 agricultural professionals. Of the 455 respondents, 75% completed the survey online. Online responses allow participants to provide estimates for up to 16 counties. A web portal has been developed to facilitate the visualization and analysis of Iowa farmland values by pooling data from ISU, USDA, Federal Reserve Bank of Chicago, and the REALTORS® Land Institute Iowa Chapter, as well as by making use of charts over time and interactive county maps. The portal can be accessed at https://www.card.iastate.edu/farmland.

Who is buying Farmland?

The 2021 survey asked respondents what percent of land was bought from five 5 categories of sellers: active farmers, retired farmers, estate sales, investors, or other. The majority of farmland sales, 54%, were from estate sales, followed by retired farmers at 24%. Active farmers accounted for 9% of sales, while investors accounted for 10%. Estate sales by crop reporting district ranged from 66% in the Northwest district to 43% in the Southwest district. Sales by investors were highest in the South Central district (18%). The West Central district reported the lowest investor sale activity (5%). 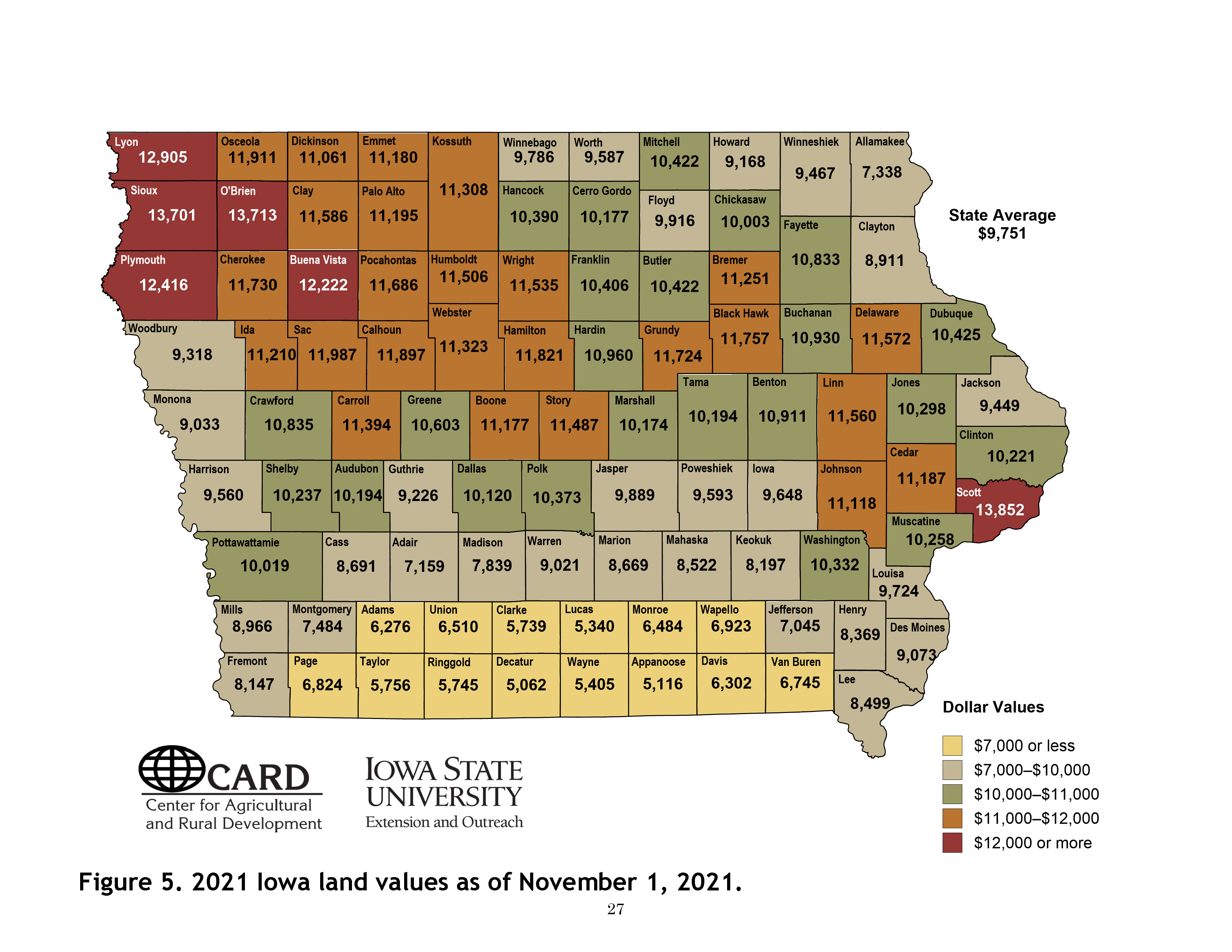 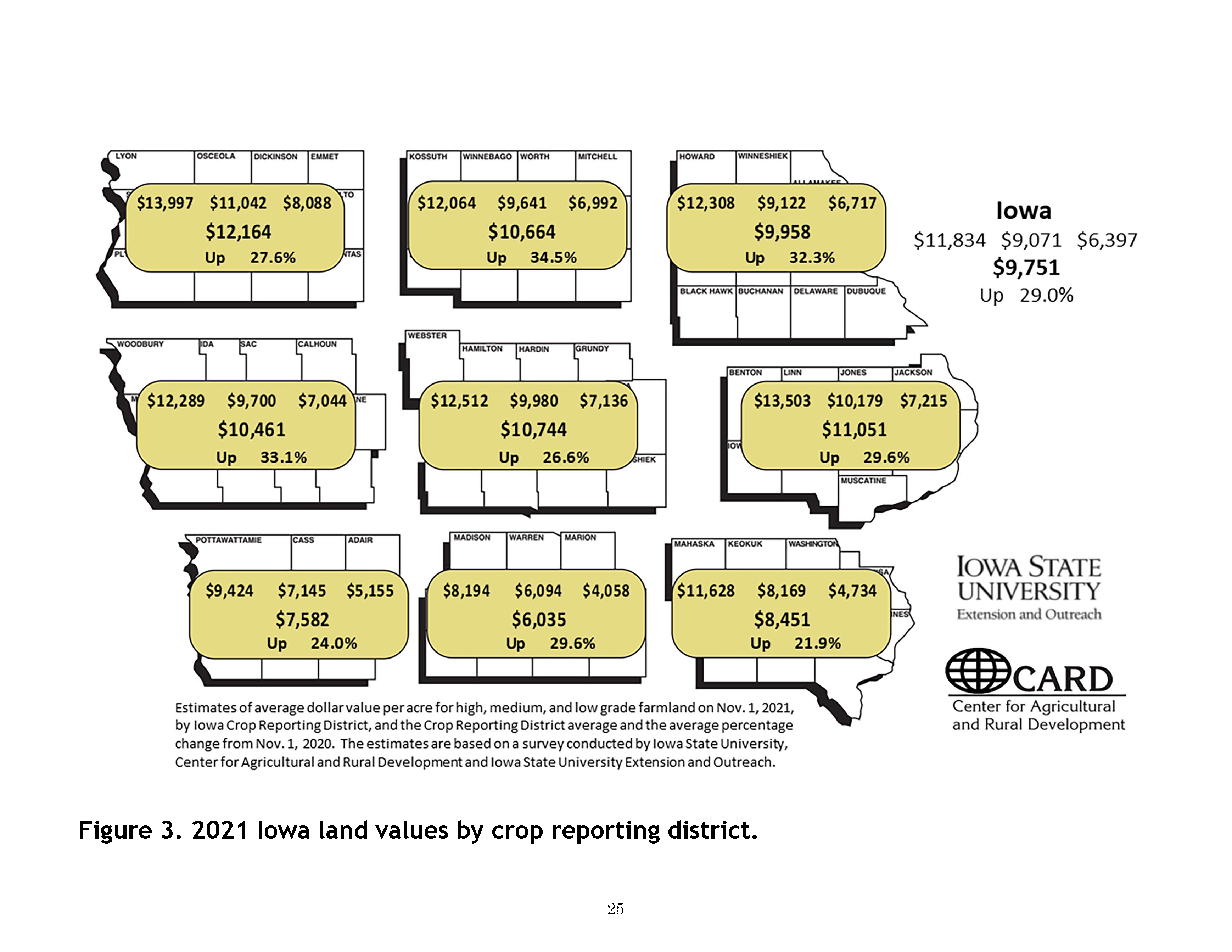 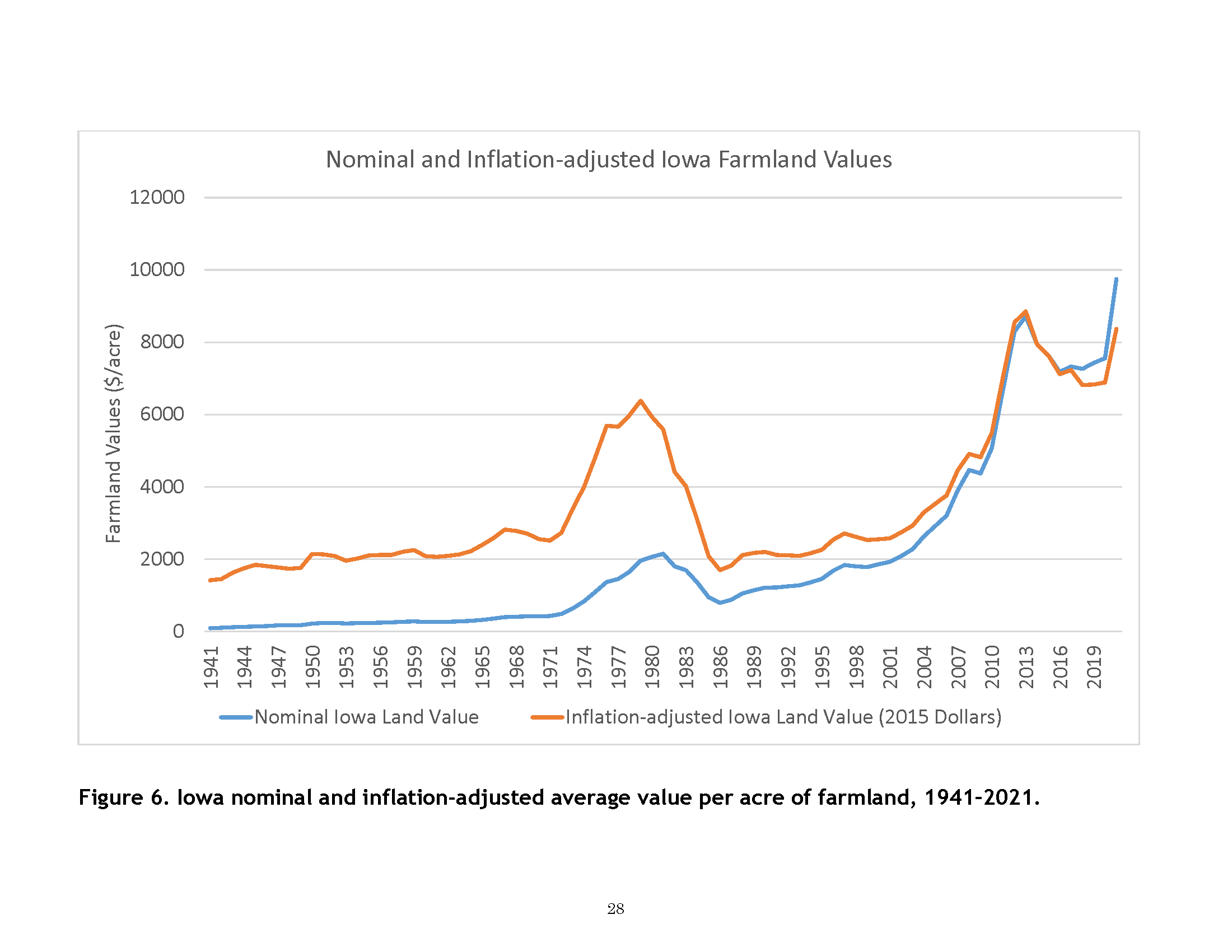 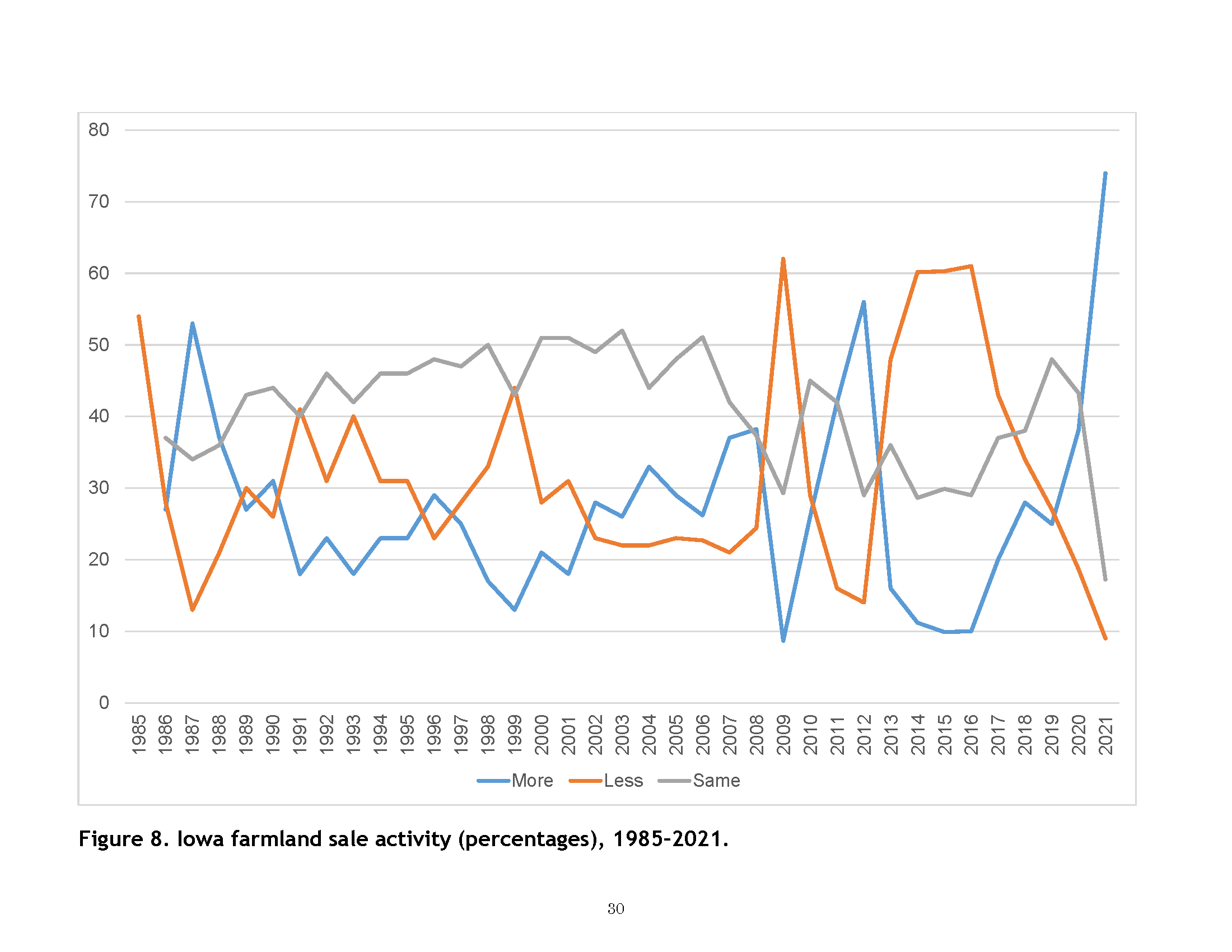 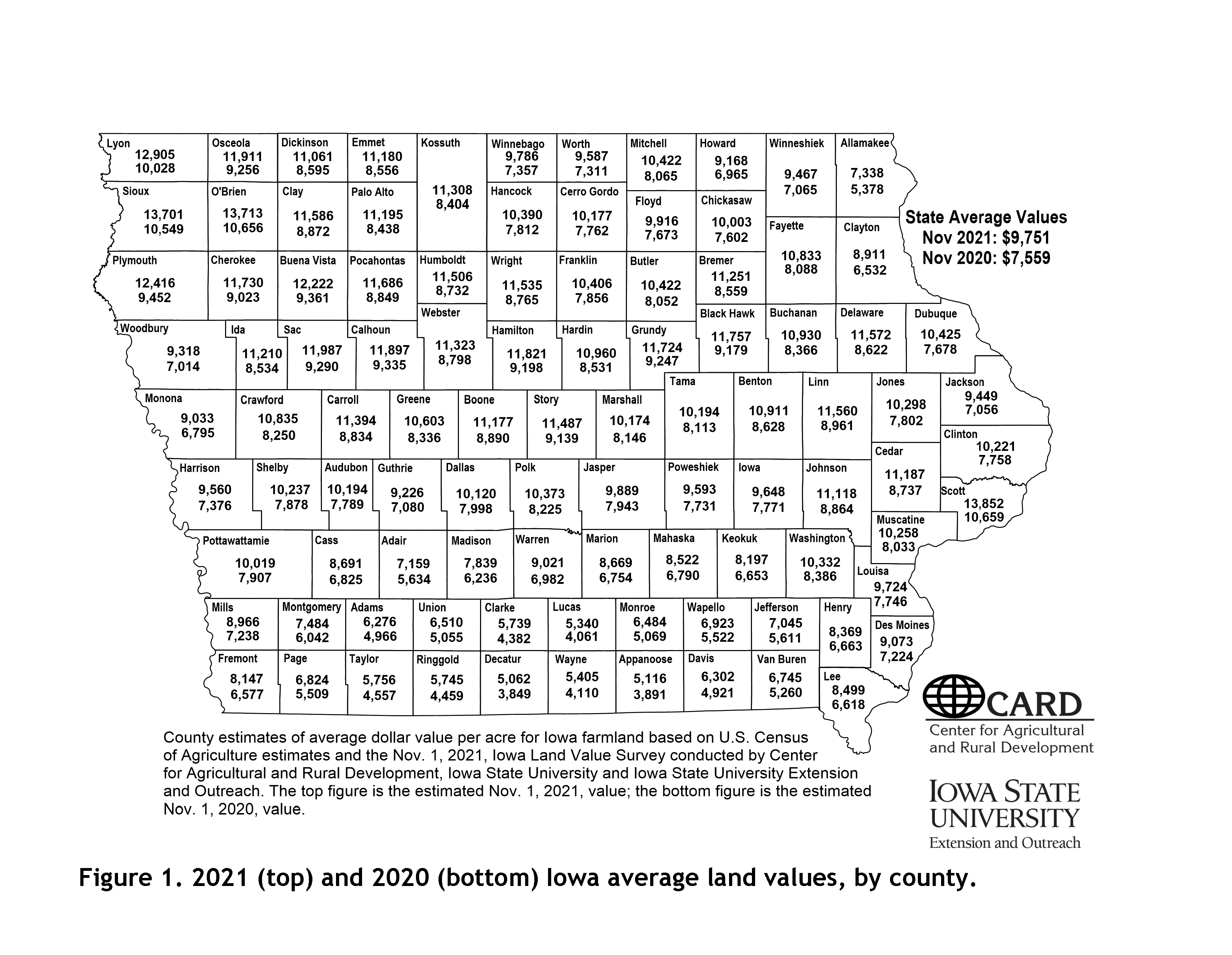